Corporate Knights, a Canadian company that works for "Clean Capitalism", released earlier this year its 14. annual rankings of the world's 100 most sustainable large companies. The 100 is found from 5.994 listed companies with at least 1 billion. USD in annual revenue from 22 countries, each of which has been evaluated from up to 17 environmental, social and managerial indicators.

The indicators range from energy consumption, CO2 emissions, the beneficial value of the company's products and services to the environment over innovation costs and paid taxes to the proportion of women in management and management salaries relative to the average of ordinary employees.

Interesting observations from the study: 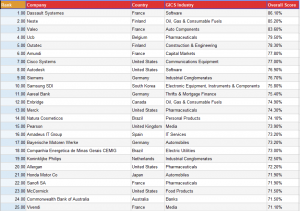 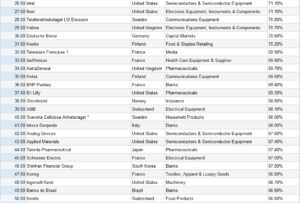 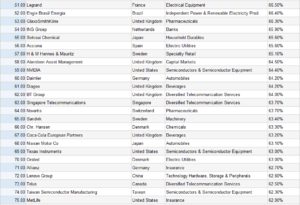 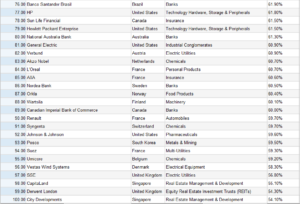